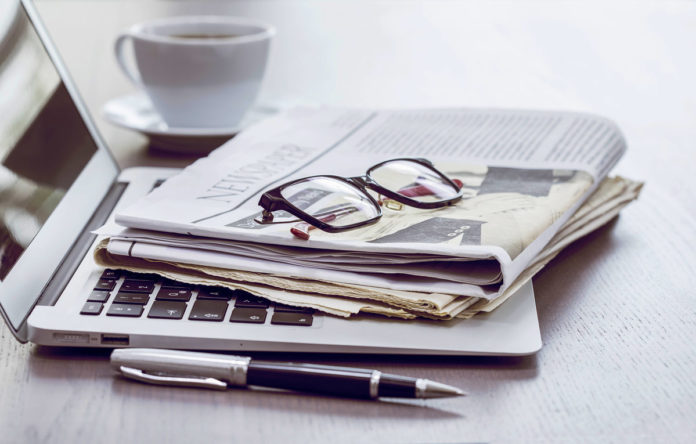 Letters to the Editor, October 30

Pollak will be your voice

As a parent of two young children and as a local community member, I whole-heartedly believe that Grace Pollak is exactly who we want and need on the San Lorenzo Valley Unified School District School Board.

Grace is a parent of three young children and as such, is closely connected to the parent community and is deeply invested in our school district now and in the future. It also means that she understands what our students’ families are experiencing at this unprecedented time in a way that no other current board members are able to.

She also has a Master’s degree in education, a bilingual teaching credential and six years of teaching experience in California public schools. She has knowledge and experience that will help move our school district in a positive direction in supporting families and teachers, adopting new curricula and hiring a new superintendent. It is no surprise to me that the San Lorenzo Valley Teacher’s Association has endorsed her campaign.

Grace reliably stands up against racism and injustice in our society and in our local community and will push for equitable education for all. Vote for Grace Pollak on or before Nov. 3 to be your voice on the SLVUSD school board.

Dolson is a leader

As a recently retired SLV school board member who worked alongside Laura Dolson for 10 years, I can fully attest to her unmatched competence as a leader, thinker and champion for all SLV students. She has twice served as Board President, where she organized and led the process of selecting Dr. Bruton as District Superintendent. She is also deeply involved in the advancement of STEM education, and strongly supports the promotion of alternative educational pathways, and the arts. Her contributions to the benefits our students enjoy are beyond measure.

During these exceedingly challenging times, it is vitally important that we maintain steady, informed, and effective leadership of our SLV schools. Laura Dolson is that leadership.

I am writing to you today as a resident of Felton, and not as an SLVUSD school board member. Over the past 20 years, I have had the pleasure of knowing Laura Dolson. She has a wealth of experience volunteering locally. I have trusted her decisions over her years on the school board as I know they were consistently well thought out. We would often be working together at an SLV event that would either be a benefit to all of our students or to the community. She has consistently kept her focus on what’s best for all children, whether they were enrolled in an SLV District Charter program or attending one of our more traditional schools. I have been impressed with her careful decision-making which includes examining an issue from all points of view. I trust her ability to see the bigger picture and consequence of decisions within our community, especially for kids, no matter what school they’re affiliated with. Laura stays true to herself yet always listens to the diverse opinions within our community.

Farris and Thomas are right for SLVWD

My 10-year experience as a Water District Director is not something I would ever repeat. What I learned was that a lot of people make politics a popularity contest, which has nothing to do with the business in hand. It’s really not, “rocket science.” Sure, there are some relatively complex issues, but for the most part, these popularity seekers try to make things more complicated than they are. I do recall a letter from Gail Mahood supporting the use of Glyphosate, which, as many of you know, was responsible for having it banned. Sure, Ms. Mahood has some great experience needed for the threat of debris flows and mudslides danger from the CZU fire, but that is not really the business of the Water District. There are many other agencies that can use her talent. No, we just have pipes, tanks, well, and treatment plants. I wanted to create internship programs, in- house construction crews, and be involved with larger groundwater basin issues. For no other reason, I had to resign to take a job afar, only to read a snarky article in the Sentinel which did not bother to mention my lengthy list of accomplishments. Don’t make running the Water District confusing and a popularity contest, vote for Lew Farris and Beth Thomas.

Our complicated relationship with animals

Netflix’s explosive documentary My Octopus Teacher chronicles a complex relationship between a man and the world’s most bizarre animal: an octopus. It further testifies to our highly conflicted relationship with non-human animals.

We treasure our “pets”—dogs, cats, horses. Our allegiance to them transcends that to our own species. If our dog and a Congolese child were competing for life-saving surgery, the dog would live. Yet, we torment, kill, and consume other animals who are similar in appearance, intelligence and ability to suffer. Then, we bristle at East Asians who do the same to animals we consider pets.

We pride ourselves on being intelligent, rational beings. Yet we still have not figured out our relationship with non-human animals.

Some of us have. Vegans profess compassion and respect for all sentient beings. Every one of us can become one on our next trip to our supermarket.

Endorsements for Mahood raise about politics

Rick Moran’s Oct. 23 letter supporting Lew Farris and Beth Thomas for SLVWD Board repeats an argument made previously by Lew and Beth—that their lack of endorsements shows they’re not “political.” In fact, Rick’s letter is an endorsement for Lew and Beth, and the Republican Party has endorsed Lew in a recent Santa Cruz County Republican Voter Guide mailer. Rick’s argument appears to be an attempt to knock SLVWD candidate Gail Mahood, who has nearly 100 endorsements from groups and individuals from throughout the Valley. Gail’s endorsements come from people on all facets of the political spectrum—appropriate for a nonpartisan position.

Endorsements in a local election reflect the confidence that a range of people, who studied and understand the issues, have in the candidate. Supervisor Bruce McPherson, a well-respected Independent not associated with either major political party, is spearheading the county’s post-fire recovery planning and working closely with SLVWD. His endorsement of Gail provides an indicator for voters regarding Gail’s qualifications and expertise. So do the endorsements of Ben Lomond Fire Chief, Stacie Brownlee; SLV Water District Board member and past president, Lois Henry; three members of the SLV Water District Environmental Committee, a school board member, a faith leader, multiple local business people, and close to 100 regular citizens. Check out Gail’s endorsement list on her website Gail4SLVWD.com to see friends and neighbors you probably know who support her. Water transcends politics. So does the support this community has for Gail Mahood for SLVWD Board.

I’m writing as a young voter raised in the San Lorenzo Valley to urge my peers to pay attention to the election for the San Lorenzo Valley Water District and to vote for Gail Mahood because as a recently retired science professor with 40 years experience at Stanford, she has by far the strongest credentials to guide our water district in a sustainable direction for our future.

Gail understands climate change science and knows how to plan ahead to make solid decisions about how much groundwater to keep in our groundwater basins and how much water our streams need for a healthy flow for fish.

Gail understands the science around extreme weather patterns and knows all about the natural hazards that could damage our water system—like earthquakes, debris flows, floods and wildfires.

As a scientist, Gail knows what toxins to test for in the water, especially important after our recent fires.

In her leadership roles at Stanford, she led others in making big, sometimes difficult budget decisions, so she can help the water district make the kind of choices that will keep it sustainable in every way, including financially.

Gail is a scientist who loves nature and understands water, water systems, and our mountains, valleys and watersheds. A vote for her is a vote for science-based environmental stewardship. Water is going to be one of the most crucial resources in the future. Vote like your future depends on it. It does.

With our Water District facing years of unprecedented challenges after the CZU fire, I strongly support Gail Mahood for SLV Water District Board of Director. We need Directors with the background to understand exactly what the District is facing. Gail Mahood is the perfect person for the job.

I believe that science matters and Gail has a deep and broad background in science including geology, hydrology, groundwater, biology, land use, climate change, and watersheds. During the evacuations and after, I appreciated Gail’s easy to understand explanations on NextDoor of the water quality notices that the District sent out. It’s rare when you can find a scientist that can speak in layman’s terms.

She currently serves on the Districts Engineering Committee which gives her an excellent understanding of what our District is facing and how the District works.

Gail brings what we need: the science to understand the issues, the experience to make the hard fiscal decisions, the knowledge to protect our environment, and the leadership to unify this Board.

Join me in voting for Gail Mahood for SLV Water District Board of Directors.

Thomas and Farris will lead us forward

The choice is clear for ratepayers of the San Lorenzo Valley Water District.

Beth Thomas and Lew Farris believe that, as Directors, they have a responsibility to turn your support for their platform—the policy preferences of the voters—into the formation of policy that guides the operation of the District. Their opponent believes the opposite—that the Board should, through an “advice and consent” process, act only as a rubber stamp and not do anything to direct policy.

Beth and Lew are committed to keeping the ban on the use of glyphosate in our watershed. Their opponent has been inexplicably silent on this topic.

Beth and Lew believe that, before the ratepayers are asked to pay more for water, every creative effort must be made to lower the operating costs of our District. Their opponent believes that it is the responsibility of the Directors to “sell” never-ending rate increases to the community.

Their opponents are supported by the same people that supported the Board we had prior to 2018—which resulted in chaos, unproductive drama, glyphosate use in our watershed, unwinnable and never-ending lawsuits, massive increases in operating costs, no infrastructure improvements and a record of failure. Why would we ever trust these same people back to tell you who to support? At no time have any of these people ever apologized to you, the ratepayers, for their support of past boards.

For the well-being of our District—and no drama—please vote Lew Farris and Beth Thomas for Directors.

Letters to the Editor, July 30

Everyone has a right to their opinion

Letters to the Editor, July 16

Drew Penner - January 21, 2022
It was like music to the ears of Scotts Valley politicians, last summer, when Democrats announced they’d be setting $1.4 million aside to replace...