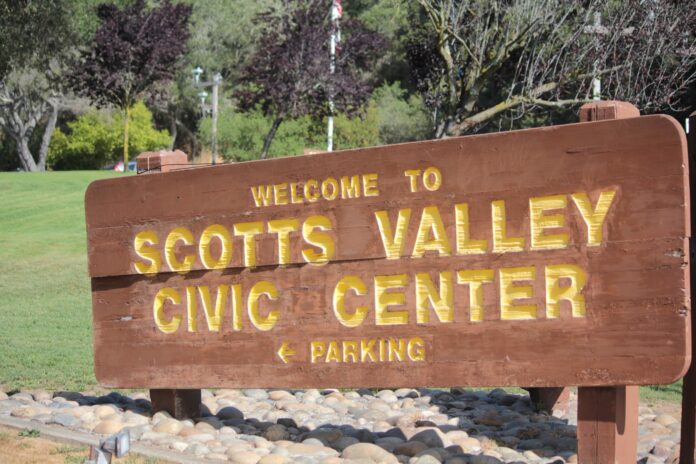 Scotts Valley is falling behind when it comes to meeting its state-mandated housing goals.

Between 2014 and 2023, California expects 140 housing units to be built in the Santa Cruz County suburb. And while the city has already exceeded that by permitting 147 housing units through 2020, not even 3% of those units are considered affordable by the state’s guidelines.

To ensure enough housing is being built, California uses a methodology called the Regional Housing Needs Assessment, or RHNA (pronounced “ree-na”), to determine how much housing at each affordability level should be built in different regions across the state. A council of local jurisdictions, in Scotts Valley’s case the Association of Monterey Bay Area Governments (AMBAG), then divvies that number up among its member cities.

In the current RHNA cycle, which lasts eight years, Scotts Valley is supposed to facilitate the production of 140 units—56 of them affordable, which the state defines as housing for low and very low-income households. But according to an annual progress report approved by the Scotts Valley City Council in early March, the city has only permitted four low-income units and no very-low-income units since 2015.

Mayor Derek Timm told the Press Banner that California’s dissolution of redevelopment agencies back in 2012 is in part to blame for the city’s lack of funding for affordable housing. The agencies, which numbered more than 400 across the state, would capture property tax revenue and use it to finance development. Of those funds, 20% were set aside for low-income housing.

But since redevelopment went away, Timm says Scotts Valley hasn’t received money from the state to build housing.

“That kind of puts the onus on developers to provide affordable housing,” Timm said.

Funding, however, isn’t the only barrier to constructing affordable housing in smaller cities, and Scotts Valley certainly isn’t the only one falling short of the state’s housing goals. A recent analysis by the Southern California News Group found that only 3% of cities and counties in the state were on track to meet their targets for the current RHNA cycle.

Michael Lane, the state policy director for Bay Area urban planning nonprofit SPUR, said that besides funding, appropriately zoned sites and political will are the two other roadblocks to building affordable housing in smaller cities.

“Most relatively wealthy jurisdictions have not been successful in promoting affordable housing because it really does take a focused effort,” Lane said. “Particularly for the smaller cities, there may be less staff time that’s actually committed to it because you really need to work with nonprofit affordable housing developers to get that done.”

Sibley Simon, the president of New Way Homes, a nonprofit investment fund that finances a wide range of affordable housing projects, said that in years past, Scotts Valley “never really tried to meet its RHNA goals for affordable housing.”

“They were required by the state to have those goals and to do a few things on paper in theory [to] allow those goals to be met,” he said. “But there has not been any past penalty for not succeeding, nor requirements to do what it would actually take to meet the goals.”

The city’s residential lands, he added, are mostly zoned for low density and single family homes, making it financially unfeasible to build housing affordable for low-income or even middle income households.

With California falling further behind in meeting its housing goals, changes at the state-level are afoot—in large part due to Senate Bill 828. Authored in 2018 by State Sen. Scott Wiener (D-San Francisco), the law altered the RHNA process’ methodology and is already resulting in sharp allocation increases in the upcoming cycle.

“Too often, some cities manipulate our current laws to reduce their housing obligations to avoid building badly needed new housing, including affordable housing,” Wiener said back in 2018. “Creating a more equitable process for setting housing goals ensures that all cities plan for and build the housing we need.”

The Southern California Association of Governments (SCAG), which represents Imperial, Los Angeles, Orange, Riverside, San Bernardino and Ventura counties, was allocated 420,000 homes in its current RHNA cycle, which ends later this year. But under the new methodology, the SCAG’s allocation has increased more than threefold, with the region expected to permit 1.34 million homes in the next cycle.

The state’s department of housing and community development won’t provide AMBAG with its RHNA numbers for the upcoming cycle until the fall, but Timm says that Scotts Valley city officials expect the allocation to increase two to three times the last cycle.

Gov. Gavin Newsom is also looking to make moves to ensure that cities are actually meeting their targets. In his 2021-22 budget proposal, which was released in January, Newsom called for funding to create a housing accountability unit to “further facilitate affordable housing production through monitoring, technical assistance and enforcement of existing housing production laws.”

“As a local jurisdiction, the state has slowly been taking away control from local officials of what will and won’t be allowed to happen in the corner of our cities,” Timm said of changes coming down from the state. “We know that will have impacts. I think it’s very hard, especially for small jurisdictions like Scotts Valley to keep up with the requirements imposed in Sacramento, especially when we’re not included in the process a lot of times.”

But changes in Scotts Valley, he said, are already in motion as the Covid-19 pandemic has exacerbated the city’s affordability crisis in the last year. As a member of the council’s affordable housing committee, he says they’re looking to broaden the impact of the city’s inclusionary housing law, which requires developers to designate 15% of units as affordable.

Currently, the inclusionary requirements only apply to the boundaries of the former redevelopment agency. If all goes according to plan, the rule will stretch to city limits.

Grace Hase
Grace Hase is a staff writer for the Press Banner. Email tips to [email protected] Follow her on Twitter at @grace_hase.