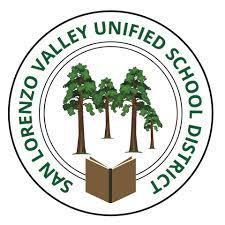 The San Lorenzo Valley Unified School District (SLVUSD) won’t renew the contract of a senior administrator who’s facing accusations of child sex abuse in Solano County, relating to his time teaching and coaching swimming there in the 1990s.

On May 13, during a closed session, the district’s board of trustees voted to part ways with Assistant Superintendent of Instructional Services Ned Hearn, who previously served as the vice principal of San Lorenzo Valley High School.

The civil action, filed Sept. 1, 2020 by Melissa Chowning in Solano County Superior Court, accuses Hearn of sexually abusing her 15-25 times while she was a student and he was employed by Dixon Unified School District. The complaint alleges Hearn later emailed her to apologize for his behavior and “asked her to keep the abuse to herself, so she wouldn’t ruin his life,” according to the lawsuit.

Now, Louanne Masry, a Thousand Oaks-based attorney representing Chowning, says Dixon Unified is trying to have the case thrown out by claiming Assembly Bill 218, the new state law that opened a window for decades-old sex abuse claims to proceed, is unconstitutional.

Whitney Davis, an attorney with K.W. Davis defending Hearn in the lawsuit in Solano County, emphasized he didn’t bring the motion questioning the validity of the new sex crimes legislation. And, he noted, SLVUSD hasn’t published a reason behind why it didn’t renew Hearn’s contract.

“The SLVUSD has known about Ms. Chowning’s accusations for many years,” he said. “The SLVUSD administration, parents, colleagues and students alike have rejected the accusations and have all stood behind Mr. Hearn through every flurry of media interest. Mr. Hearn’s record at the SLVUSD has been nothing short of spotless. Mr. Hearn received a glowing review from Superintendent Dr. Laurie Bruton as recently as May 6, 2021.”

Hearn has long denied the allegations against him, something reiterated by Joe Cisneros, of Monterey-based Biegel Law Firm, who is assisting him in the employment matter with SLVUSD.

“He is disappointed the school district has decided not to support him,” he said. “At this point what we’re doing is evaluating all of our legal options.”

Cisneros had previously represented the administrator in his successful bid to fend off the Chowning accusations that surfaced in 2017. Prior to picking Hearn back up as a client, Cisneros had confirmed to the Press Banner he was already representing three current or former educators accused in anonymous sexual misconduct stories posted on the Santa Cruz Survivors Speak Instagram page.

The day after the district’s decision to jettison Hearn, Santa Cruz Survivors Speak told the Press Banner that the group thinks SLVUSD is taking “the easy way out.”

According to Transparent California, Hearn rose from a job in the Felton-based district as a teacher making around $70,000 in 2013, to an administrator pulling in more than $100,000 in 2019.

On Monday, Masry said she hadn’t yet heard Chowning’s reaction to news that the man her client says raped her won’t be going back to work at SLVUSD once his term expires later this year. She characterized the ouster as a sign their side is likely to prevail in the civil suit.

“I think it’s a recognition of the validity of our client’s allegations,” she said, adding there could be implications for SLVUSD in their action. “I hope the intent is to do a thorough investigation of Mr. Hearn’s past.”

Masry, whose father Ed famously represented Erin Brockovich, questioned how seriously SLVUSD looked into allegations against Hearn back in 2017.

“Did they find out whether or not there were any witnesses?” she wondered. “I hope they did. I think we’ll find out in this litigation.”

Masry said Dixon Unified’s effort to try to limit the power of AB 218 is shameful.

“From my perspective it shows a great lack of regard for my client and other victims of sexual assault,” she said, noting if the judge grants their June 23 motion, it won’t just affect students in Solano and Santa Cruz counties, but sexual assault victims across the state who’ve been hoping to finally have their day in court.

“We got as far as we could, and we didn’t have evidence to go further,” he said, noting that’s a typical outcome. “It’s closed at this point—as far as I know. No one was charged or arrested in this investigation.”

Santa Cruz County Superintendent of Schools Faris Sabbah, who oversees school districts in the region, says he’s been in touch with SLVUSD Superintendent Laurie Bruton on a weekly basis. The district hasn’t requested assistance from them yet, and he doesn’t expect they will, he said. But he’s paying close attention, he added.

“We take these kinds of situations very seriously,” he said. “I would absolutely say that we have to have a sense of urgency when it comes to addressing these issues.”

Hern’s dismissal comes just weeks after SLVUSD teachers Eric Kahl and William Winkler were placed on administrative leave while school officials investigate allegations of inappropriate behavior against them. Cisneros is also representing both Kahl and Winkler.

Neither superintendent Bruton nor Jeff Calden, the SLVHS principal, responded to questions sent to them by email, by press time.

Michael Henderson, a former computer teacher in the district, is currently facing four charges of lewd acts with a minor in Santa Cruz County Superior Court for situations described as occurring at a private tutoring facility across from the SLV campus. But, during the preliminary hearing, the court heard evidence that Henderson was also reported to the principal for inappropriate behavior while teaching at the middle school.

DREW PENNER - January 21, 2022
It was like music to the ears of Scotts Valley politicians, last summer, when Democrats announced they’d be setting $1.4 million aside to replace...