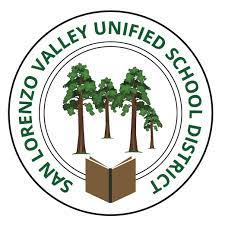 In the fast-approaching Nov. 8 election, a 38-year-old oil and gas real estate professional, with tech start-up experience, is facing off against an incumbent San Lorenzo Valley Unified School District Trustee who cut her teeth in New York’s education system.

Felton resident Ryan Lipert is trying to unseat Gail Levine, 77. He says he was motivated to run since his two young daughters will soon be enrolling in classes there.

“Our family has a heart for education,” he said, explaining his wife is a teacher. “We want to help ensure all current and future students get the best education possible at SLV schools.”

Both Board President Mark Becker, first appointed in January 2017, and Stacy Newsom Kerr, who was initially elected last year, are running unopposed in their trustee areas.

Levine grew up in the Bronx and spent two decades teaching in New York, before becoming a director with the Girls’ Branch of the Public Schools Athletic League of the City of New York.

“I had ‘combat duty’ from the beginning,” she said, referring to the gang problems and poverty challenges teachers there had to contend with. “I loved every minute of it.”

She followed her partner to Lompico and later moved to Felton.

“My instincts said this was going to be a good place,” she said. “I met wonderful people who really helped me, and I feel I landed in a great community.”

Levine notes that it was another Gail on the ballot—Pellerin, the former Santa Cruz County Clerk who is running for State Assembly—who helped organize her marriage, once same-sex marriage was legalized.

After a couple of years as principal of Branciforte Elementary School, Levine served as an assistant principal both at Soquel High School and Santa Cruz High School.

“Each one had their own unique student population, but I adapted,” she said. “Because, to me, students are students. My job is to support them.”

She’s worked as a supervisor at the Santa Clara County Office of Education and as the superintendent and principal of Bonny Doon Elementary School District.

She was appointed to the board in September 2016 and is seeking a third term.

“What I bring to the position is knowledge of schools, experience in the schools and experience as a school board member,” she said. “We really have attracted some quality teachers, and principals, and administrators, and I just hope that we can retain them.”

She says she’s the perfect candidate to ensure the district can roll with the punches—from wildfire to pandemic challenges—to ensure stability over the long term.

In making his case for why he should be elected in Levine’s place, Lipert points to “significant executive-level finance and operation experience” from his days working in small and medium-sized businesses.

According to his LinkedIn bio, he’s a senior associate with Petroleum Realty Group, Inc., where he’s worked since 2021.

He touts his “deep roots in the industry,” as his great-grandfather Alex ran a service and filling station when he immigrated to the United States from Poland.

Lipert now has more than 15 years in the oil and gas industry, including helping station owners expand with new locations.

He’s also been running his own business for the last couple of years, a real estate and consulting firm called Woodmill Ventures.

He’s also an elected board director at Christian Life Center Santa Cruz, where he serves as volunteer treasurer, overseeing an annual budget of over $300,000 and over $7 million in assets.

Lipert says his background has prepared him to serve on the school board.

“I am a big believer in continuous improvement and think voters would appreciate someone with a new and fresh perspective who will be responsive to the needs of students and parents,” he said, pointing to pandemic learning loss and mental health challenges as top issues. “We need to first be transparent with the data on the academic performance of our students and honest about their mental health challenges as a result of extended school closures and remote learning.”

Lipert says reading and math proficiency is something he would focus on for students, including pushing for investments in tutoring and other education programs for pupils who fall behind.

“Additionally, I will prioritize investment in programs to help improve the mental health and emotional well-being of our students, including leveraging resources and support from the County Board of Education and others,” he said.

He worries if these challenges aren’t met, the district’s enrollment may continue to drop.

“If the district doesn’t respond, avoid distraction, and stay focused, we risk leaving students behind,” he said. “It can have a cascading effect with students leaving the district if we don’t meet their needs.”

But Levine says the district is already taking action to rebound from the pandemic and referred to a recent report showing SLVUSD is performing at the top of the pack in some areas.

“What we have here is a unique situation with a small town, and I believe the families are very supportive,” she said, highlighting the data showing pupils in the upper high school grades are doing particularly well. “The students are well-prepared.”

Levine recalls how there used to be many portables on the main campus when she arrived at SLVUSD. Now, those are making way for new facilities, like the $8.3 million Career Technical Education building project that’s underway.

“There’s a perfect example of what we’ve done,” she said. “We’ve really raised the bar.”