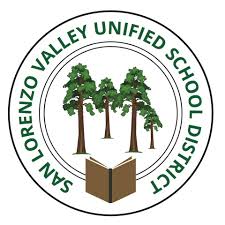 Like all school districts, San Lorenzo Valley Unified has had to make hard decisions regarding distance learning strategies and cancelled sports seasons, but the Covid-19 pandemic threw a new wrinkle into a time-honored process: the election/appointment of a new member to its board of trustees.

SLVUSD Superintendent Dr. Laurie Bruton has been with the district since July 1, 2014, and has overseen a spate of trustee resignations and subsequent appointments—including three in 2016 alone—and the most recent: the mid-term resignation of Trustee George Wylie on July 1, 2020.

Wylie was appointed to the board in the 2006-07 school year, and was re-elected in each subsequent election year (2010, 2014, 2018). His departure prior to the end of his term allowed the board to exercise a legislative option for a provisional appointment, which would have meant that a new trustee could be brought aboard sans election at the discretion of the remaining trustees. However, Covid, the CZU August Lightning Complex Fire and subsequent evacuations put a hiccup in the giddy-up of that appointment, and the board is now relegated to operating with just four trustees, pending the outcome of a March election. Dr. Bruton helped pave the jagged path of confusion by offering some insight into the process.

Press Banner: Can you tell me a little bit about how the election and appointment process for new SLVUSD Trustees traditionally occurs?

Dr. Bruton: We usually meet in advance with the candidates, and give them an idea of their role with the board. We’ve gone through that process before, several times. The open seat is advertised in the Press Banner and in other papers as well as online, and we always post the openings at schools. After Mr. Wylie tendered his resignation, we interviewed two candidates, but since the interviews occurred during Covid, they were conducted via Zoom. Ultimately, the names of the candidates were placed in the board packet for that meeting, but they were not added to the outside (public) agenda. We asked meeting attendees to submit electronic comments in the board agenda, but people in the audience wanted to comment after the fact. Several people wanted to know who was running, and they wanted to investigate the individuals because they didn’t like some of the candidates’ answers. The board met and asked, “Is there validity to those concerns?”

PB: And what was the answer?

LB: The Zoom format only allowed comments in advance; an interested party would need to submit their name in the Zoom chat in order to speak in board meetings; we’d never used that process. Based on the feedback from the community, the board decided to reinterview the candidates so the community could see the process. We had scheduled the board meeting for Aug. 19. On the 18th, the town of Boulder Creek was evacuated, school was canceled and every town in the Valley was evacuated, so that board meeting didn’t happen. Due to the toll of the fires, extensive losses in the community and families evacuated out of their homes, we edged past the timeline to do a provisional appointment.

PB: So what’s the next step?

LB: The process is now overseen by the Santa Cruz County Board of Elections; there’s no time to get the issue on the Nov. 3 ballot, so we will have a special election in March.

PB: Which SLVUSD Trustee Area has the open seat?

LB: It’s Trustee Area 1, which comprises Brookdale/Boulder Creek/Ben Lomond. Everyone in SLV can vote, but the candidate must live in that region.

PB: Do you find it cumbersome to limit candidates based on their geographical location? Do you think it stymies interest?

LB: All small towns find that troublesome but it’s the appropriate way to set up jurisdictions of communities, especially in different regional areas. The requirements are typical of other towns and regions.

PB: Are there any issues with provisional appointments? Is there a concern that it might circumvent the election process?

LB: The provisional appointments option allows people to apply in advance, and the eventual trustee is appointed to the board before the election. We’re not circumventing the election; in fact, we follow the provisional appointment process as prescribed by the educational code (see below). We conduct the candidate interviews in public, the board discusses and deliberates in public, and board members make that decision. People have agreed and disagreed on the process; ultimately, it allows for some stability on the board between elections. In the middle of Covid, if one board member gets ill and hospitalized, that means there will be three board members to do the work of five.

PB: If you currently have four board members, what’s the process for breaking a tie on a contentious decision?

LB: I don’t know if we have a provision for tiebreaker—that’s a good question. In general, the board is not usually split, and there are not a lot of controversial issues before the board. Other boards can be controversial, but ours is fairly well-aligned.

Do you live in Trustee Area I? Interested in joining the SLVUSD Board of Trustees? This will be the first contested election in 19 years; qualified candidates may obtain information from the District Office at 336-9531.

Filling a Board Vacancy:

SANTA CRUZ COUNTY—At least 5,600 doses of vaccinations for the novel coronavirus have been distributed throughout Santa Cruz County, a number that county health...
Read more
Coronavirus

By Todd Guild, Katie Evans and Christina Wise California Gov. Gavin Newsom on Dec. 30 released a plan under which schools could reopen as early...
Read more