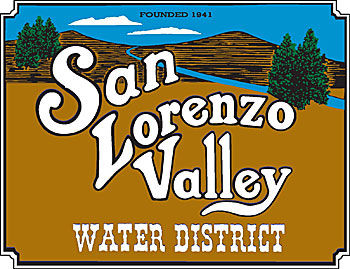 In a special meeting on Nov. 10, the San Lorenzo Valley Water District (SLVWD) Board of Directors authorized District Manager Rick Rogers to begin investigating the potential consolidation of Big Basin Water with SLVWD, but there are issues that surround an acquisition of the utility.

Recent boil water orders issued by Big Basin, including one that was terminated on Nov. 2, along with a water conservation request, has left a bad taste in the mouth of current Big Basin ratepayers.

In addition, Big Basin issued a memo regarding “Discontinuation of Service for Nonpayment Policy” in February of 2020, and its website doesn’t reflect an update to that policy. While SLVWD has worked to eliminate water shutoffs in response to hardships placed on ratepayers by the CZU Lightning Complex fires and the pandemic, Big Basin is still disconnecting water service to those whose accounts are 60 days or more in arrears. (Opportunities to work with Big Basin on a payment plan are available, but notices of delinquencies and shutoffs are still being issued by the utility.)

In sharp contrast, SLVWD has worked closely with its customer base to keep residents in water, but the district is facing long-term financial hardship, and the acquisition will require a multi-million-dollar investment into Big Basin’s crumbling infrastructure.

SLVWD Director Bob Fultz created an outline of debt coverage for future presentation to the board, and the 5-year forecast is eye-opening. The graph, which “assumes no future increases to operating revenue charges, flat consumption and expenses increasing at historic trends,” shows that SLVWD could fail to meet its obligations shortly after 2026, leaving the cash-strapped utility looking for additional funding options.

It could also inhibit its ability to borrow additional funds for infrastructure improvements.

But SLVWD Board President Gail Mahood says she sees the silver lining in the district’s finances.

“Given what the district has been through in the last two years, with the demands of the Covid pandemic and the CZU Fire recovery on district personnel and financial resources, I think we are doing as well as can be expected. Actually, perhaps better than expected,” she said.

SLVWD is no stranger to mergers and acquisitions: the utility assumed control of Felton’s water district in 2008 after years of negotiations with Cal-Am Water, and in June of 2016, SLVWD merged with the Lompico County Water District after the rural utility’s financial woes became too much for the board to manage.

The attempt in early 2020 to merge SLVWD with Scotts Valley Water District was overwhelmingly opposed by SLV residents, resulting in the process being aborted. But now, SLVWD, which serves the communities of Boulder Creek, Brookdale, Ben Lomond, Lompico, Zayante, Scotts Valley, Manana Woods and Felton, is looking for a little support as it struggles to retain its financial footing.

One relationship that is set to flourish involves PG&E and the Olympia Watershed, which is managed by SLVWD. The district is set to kick off a partnership with PG&E on habitat remediation in the watershed, which comprises approximately 180 acres of land north of Felton near Zayante.

One pressing issue is the ever-present acacia tree, which is native to Australia and considered an invasive species in the sandhills of the Santa Cruz Mountains. It leaves behind detritus that piles up, and stifles native plants in the region. The rehabilitation of the Olympia Watershed will be an ongoing process, and more information regarding the plans will be released in the coming weeks by the water district.

The SLVWD Board of Directors meet the first and third Thursday of each month. Minutes, agendas and links to join upcoming board meetings can be found at slvwd.com.

May 25, 2022
Hallie Greene knows what it takes to bring a community together. From her work as the district manager of the Boulder Creek Recreation and...