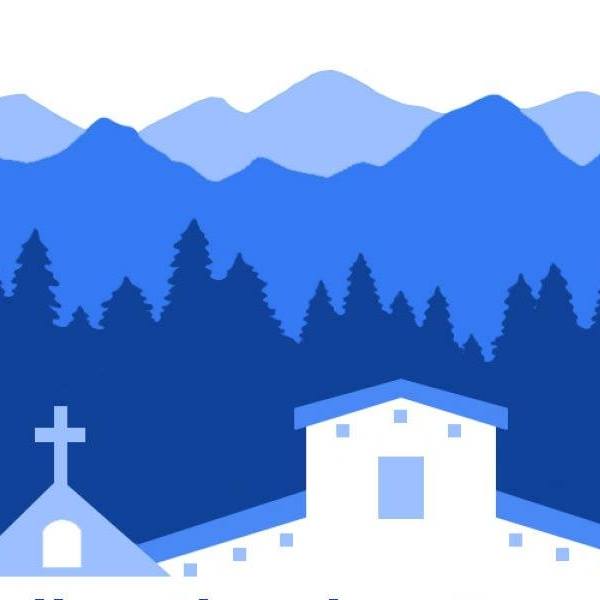 At a time when residents of the San Lorenzo Valley and Scotts Valley are struggling with losses experienced in multiple crises, gifts of food or financial support can make all the difference to a local family.

Enter Valley Churches United (VCU), a highly-regarded and essential component of mountain living, whose pantry program and services offerings were given a major boost by donors during their annual Holiday Gala FUNdraising event held on Dec. 5.

Unlike years past, where Scopazzi’s Restaurant in Boulder Creek had the honor of hosting the event, Zoom was the hangout space for attendees, local dignitaries and the lineup of seasoned entertainers. Instead of tables laden with offers of gourmet meals, vacation getaways and gift baskets eager to be scooped up during a silent auction, 2020 introduced a new focal point for VCU’s fundraising efforts: the auctioning of a cherry condition 2002 Ford Thunderbird.

VCU Executive Director Lynn Robinson said it was just what the community needed. As of Monday, the nonprofit’s ability to help others had been enlarged by almost $42,000.

“We generally raise about $25,000 during our fundraisers, so our 2020 event truly surpassed our hopeful expectations by thousands,” Robinson said. “The Facebook live event was really fun and extremely heartfelt with everyone’s participation. The young man that won the 2002 Thunderbird was so elated—he couldn’t believe his good fortune. The wonderful donor of the car was especially pleased with how successful the Virtual Gala was and how his car was the catalyst for Valley Churches United having such a hugely successful fundraiser.”

While funds raised are traditionally spread across the organization, Robinson says this year’s fruitful fundraiser will allow VCU to manage things a little differently.

“The funds raised from the Virtual Gala will be part of our general food pantry funds. This year due to Covid-19 our annual fundraisers were canceled, as well as the holiday food drive that traditionally includes schools in San Lorenzo Valley and Scotts Valley,” Robinson said. “The amazing amount of food the students collect normally fills our food pantry for months after the holiday. This year, that source of food donations has been eliminated, so we will need to purchase a lot more food this coming year. This very successful fundraiser is indeed timely as we look ahead to our non-perishable food needs. We’re pleased that the money raised will be directed towards food purchases to keep our pantry shelves full.”

Robinson reminds donors that although the Gala is over, VCU is still welcoming financial support from the community. Donations may be made online by visiting vcum.org.