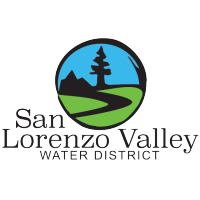 The San Lorenzo Valley Water District Board of Directors have asked General Manager Rick Rogers to bring back a list of pros and cons concerning the possible consolidation with Scotts Valley Water District, an issue that has drawn the ire of thousands of SLVWD customers.

The list, according to the board’s motion from its March 4 meeting, is expected to be presented in a meeting within the next two months.

While there was still pushback from the public on the overall concept of marrying the two districts, the call for transparency from the board seemed to have a calming effect on those present.

Whereas previous meetings had been soaked with vehement opposition to the idea, the March 4 meeting found about 60 percent fewer public attendees, and the wave of vitriol that had been omnipresent slowed to a trickle in the most recent round of discussions.

Residents’ concerns were still swirling around ideas shared in earlier meetings: the loss of local water control, the desire to know the impetus for the merger, and the hesitation to allow Scotts Valley to have access to SLV’s water sources.

The “us vs. them” mentality seemed to have abated somewhat in recent weeks, but one larger issue remained: timing. Nearly every resident who spoke against the merger stood in opposition to the idea based on the overwhelming insults that 2020 dealt the San Lorenzo Valley: Covid-19, the CZU fire, evacuations and debris flow concerns.

Speakers were quick to point out that many of the ratepayers who would be impacted by the merger are being homed outside of the community, and wouldn’t have the opportunity to have their voices heard. The board was asked to table the merger idea, given the other more laborious tasks that local residents still face.

Rogers confirmed that he is as of yet undecided about the merger. During the Zoom meeting, he made reference to “back of the napkin” math that would exhibit cost savings for ratepayers in San Lorenzo Valley, and there was an immediate call for those calculations to be made public.

In a statement to the Press Banner SLVWD Director Gail Mahood said that the board, overall, feels skeptical, and that it wants to “see more information before entering into a process that would involve hiring a consultant and demanding more staff time for data gathering and public outreach.”

“As such, the board voted unanimously to have the staff of the two districts put together a list of pros and cons of a consolidation, and to investigate at a high level what resultant savings might be,” she said. “The two district managers have already done much of this. I wish the information had been presented to the public at the board meeting at which the idea of consolidation was first broached.”

At the March 4 meeting, she said that she was in opposition to exploring a potential consolidation because “I think that now is not the time.”

“Our staff already has a huge task ahead to repair infrastructure destroyed by the CZU Fire in addition to ongoing capital projects and maintenance,” she told this publication. “They don’t have the bandwidth to take on the additional tasks of putting together the information to explore a consolidation.”

In addition, she said, the board recently passed a $10 per month fire recovery surcharge on ratepayers bills, and took out a $15 million loan.

“Given that, I don’t see how we can justify spending money on a consultant and spending staff time on exploring consolidation,” she said.

“It has been clear from public comments that many in the Valley suffered serious losses in the past year due to the fire, two evacuations and continuing concerns about debris flows, all piled on top of the financial and emotional strains of the ongoing Covid pandemic and quarantine,” she wrote. “The last thing the community needs after this traumatic year is to be confronted by a highly controversial topic before the board.”

Christina Wise
Christina Wise covers politics, education, art & culture, and housing issues. She has a degree in Communication from San Diego State University, and has lived in the San Lorenzo Valley since 1996. She's a community advocate and a mother of two.