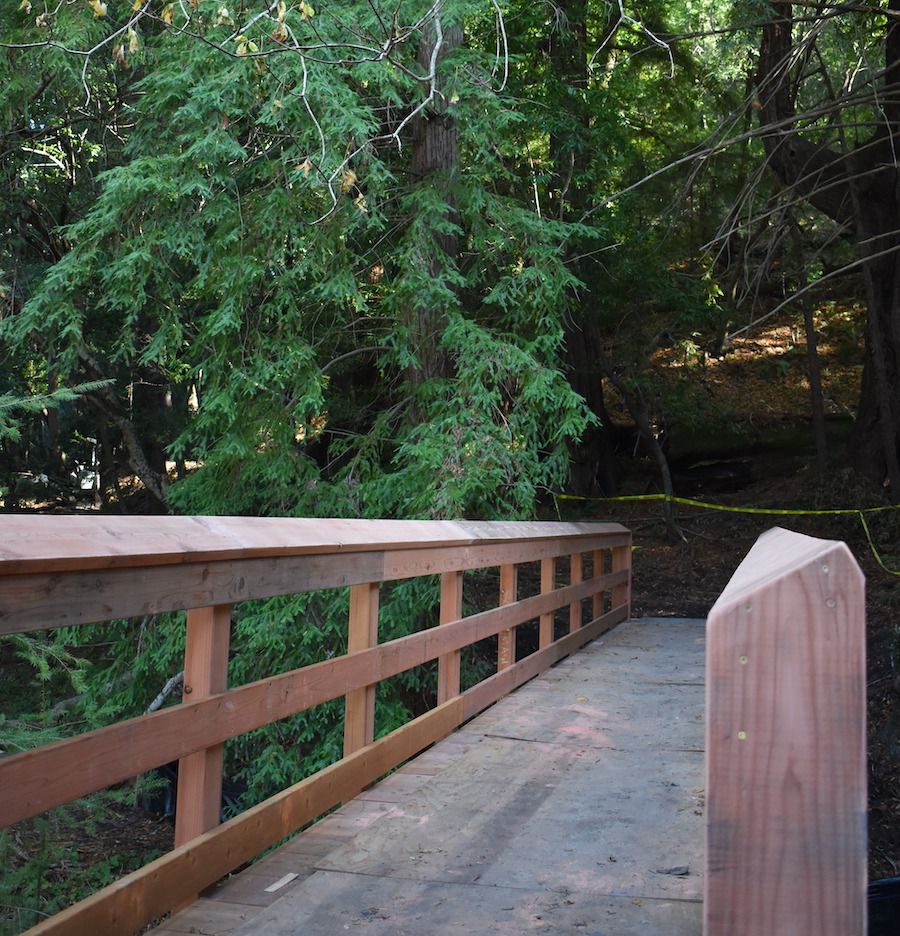 After almost three years, the Glenwood Open Space Preserve’s construction will come to an end next week.

The Land Trust of Santa Cruz County (LTSCC) oversaw trail construction done by Mountain Bikers of Santa Cruz (MBOSC) on both sides of the Preserve. The final installation, a 48-foot bridge near the Eastern Equestrian Access, will be ready for hikers next week.

In April 2019, the westside of the Preserve opened for the first time, hosting hikers, dog walkers and bicyclists. The eastern side has been open for a few months during construction and offers trails for pedestrians and equestrians. Dogs and bikes are not permitted in the eastern side, as they may scare the cows.

Despite plans to have the bridge ready by late August, construction began in October, supervised by Drew Perkins the MBOSC Trails Director.

“We’ve been working with the LTSCC on the trails in the Preserve,” Perkins said. “Our nonprofit specializes in trail stewardship, but we also have a contractors license… The trails are now in great shape and I’m excited to see the Preserve’s popularity.”

The new trail system was funded in part by $500,000 from the LTSCC and also through a $300,000 Caltrans grant managed by the City of Scotts Valley.

“The Land Trust is a donor funded nonprofit,” Carie Thompson, the LTSCC access director, said. “All our trails are built from donor money and it would be great to get help building trails other places.”

“Permits limited our construction periods, particularly when we were working on waterways,” she said. “You can’t construct during certain periods of time near waterways. Also, we have some endangered species that affected our permit windows.”

To further protect those species, Thompson suggested allowing them to graze on the eastern side.

“Cows are very important to [these species’] success,” she said. “Cows, dogs and bikes don’t mix. The health and safety of the cows and trail users depends on people using the trails correctly. We have provided dog walking opportunities and biking on the west preserve. We believe in a big tent. But we need everyone’s cooperation.”

The South Fork Trail closes after the lime kilns and, at that point, the path juxtaposes untouched vegetation on one side and burnt underbrush on the other.