The unexpected departure and removal of San Lorenzo Valley Water Board President Steve Swan has led to spirited debate and direction changes by the board regarding how unforeseen openings on its panel should be filled.

After originally voting to keep open the vacated seat until the November 2021 election, the board reversed itself in a subsequent board meeting. It must now fill the vacancy by an appointment by Jan. 4, 2021.

Swan’s move to Texas and subsequent removal from the agency caused Directors-elect Tina Marie To and Gail Mahood to express their concern. Swan sold his Boulder Creek home on Sept. 24, but didn’t announce his intent to resign until the Oct. 15 board meeting. Because the district requires its board members to reside within its boundaries, Swan was removed from the board on Nov. 5. Five days later the board held a special meeting to determine how to fill the open seat.

“Had Swan been more communicative about his intentions, the board would have had plenty of time to get that seat onto the March ballot, where the cost could have been shared with the school district,” said Director Bob Fultz.

In order to qualify time-wise for the seat to be on the March 2021 special election ballot, the district would have had to take action by Oct. 23, 130 days prior to the March 2 election. However, a special board meeting could not be held in time.

The district’s legal counsel, Gina Nicholls, confirmed that the minimum time needed to process an appointment to the board is 20 days, due to the 15-day timeline to publish the agenda and announce the opening prior to the next regular board meeting.

As Director Rick Moran called for “more transparency” for the board’s actions, and “direct democracy” for its constituents in the form of an election, he advocated for holding Swan’s vacant seat open until a November 2021 special election.

Director Lois Henry opened the Nov. 10 meeting to public comment, and the feedback was overwhelmingly against Moran’s suggestion.

Director-elect To spoke against the suggestion as fiscally inappropriate, and referenced letters from over 70 ratepayers who disagreed with the expenditure of approximately $80,000 to place the opening on the November 2021 ballot.

Director-elect Mahood’s statement echoed To’s, as she was “flabbergasted that people who argued to reduce expenses are now arguing to spend $80,000 on an unnecessary election.”

Henry’s concern revolved around the one-year length of service that an elected member would have, given that Swan’s term expires in November 2022, and she advocated for an appointment as a means of filling the seat due to the considerable costs associated with campaigning. After debating the issue and listening to the public, three board members voted in support of Moran’s motion to hold Swan’s seat open until the November 2021 special election.

Director Henry was the only opposing vote.

“In general,” said Director Bob Fultz, “what we’ve seen over the years in our community is an over-reliance on appointments to boards.”

Fultz had voted in favor of the motion to hold Swan’s seat open until the November 2021 election.

“I’ve participated in two appointments—Lew Farris, who replaced Margaret Bruce, and Rick Moran, who replaced Bill Smallman. I have a hierarchy of spending priorities, and I believe in spending money to allow voters to have the most direct say in who will represent them,” Fultz said. “The default position of the board should be, ‘How do we get to an election?’ As a community, we need to have a discussion of that as an underlying philosophy on how we replace members.”

Swan’s departure from the board left Fultz somewhat flummoxed.

“When folks run for seats on the board, there needs to be a clear intention to serve all four years,” Fultz said. “And, sure, life happens, but the people that voted for you expect you to carry your campaign promises through the entire term. If you’re going to make a change in your life as a public servant, you need to be up front about your intentions.”

He acknowledged that the circumstances of Swan’s removal from the board “put all of (the directors) in an incredibly difficult position.”

Although he supported Moran’s motion, Fultz said he had concerns with the rigidity of the election process, given how long ago the election code was devised.

“It doesn’t reflect today’s realities in terms of a more transient population; our community is in the middle of a fairly seismic demographic shift,” Fultz said. “Younger families are moving into the valley, and their methods of having their voices heard are more progressive. Mail ballots are expressly prohibited to elect a director, and we only have a handful of election opportunities, in March and November each year. What we need are elections that are compatible with reality.”

At a subsequent board meeting on Nov. 19, Director Moran rescinded his initial motion to call for an election to fill Swan’s seat, and motioned to replace Swan by appointment. The board was unanimous in its agreement.

“That was democracy in action,” Mahood said.

Mahood and To said they were inspired by the idea of prospective candidates, and their potential strengths.

“I’m looking at people’s qualifications, and what they can contribute to the board in terms of expertise and experience,” Mahood said.

To agreed: “I’d like to have more diversity, and someone who gives a different perspective to the issues. Gail is a geologist, and I’m an environmental scientist, so if we can find someone who knows water issues.”

Mahood said she would be looking for candidates who would “balance” the existing board.

Interested in joining the SLVWD Board of Directors? Applications need to be received by Dec. 9: bit.ly/3l2WClz. 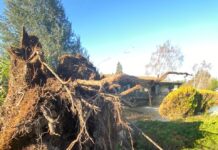 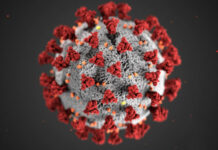 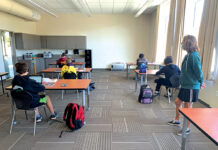