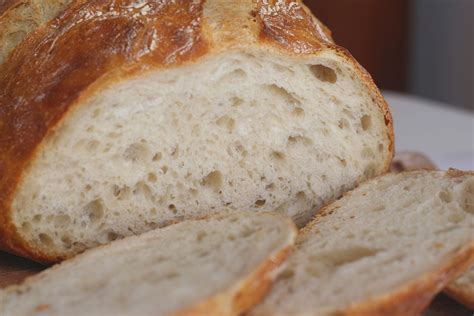 I have just ‘pulled’ another successful loaf of rustic sourdough bread from my oven and as soon as it cools, I’ll butter a slice while it is still warm and fragrant.

While feeding the jar of sourdough starter, I remembered a bread my Appalachian-born family made during the 1850s and forward. Salt-rising bread and rustic sourdough, as I remember, were the only bread they made. Warm from the oven, the sourdough, well, nothing compared to its flavor nor texture.

The smell from the salt-rising bread starter, however, was another matter. That odor has been compared to by many as cow ‘pies’ in a barnyard. Personally, I think it smells worse. And the taste, not so good…cheesy and smelly. And two days later, I could still smell the trial loaf of this bread throughout my house. I will not share my recipe for this bread as I do not want to be responsible for a husband leaving the house until the smell dissipates.

Most bread that I bake use sourdough starter or yeast as a leavening agent. Salt-rising bread gets its rise from bacteria which grows as a result of mixing either a raw sliced potato or cornmeal along with water, baking soda, sugar and salt and keeping the mixture at 90-100 degrees for 12-14 hours or overnight. Once bubbly, the liquid was strained and used as a ‘starter.’ The potato… I buried it in the backyard.

The Appalachian pioneer women in West Virginia were a wise and tough sort…leathery skin from hours of work in the south’s hot sun whether milking cows or tending their vegetable gardens to picking wild berries during the summer months. Not having access to grocery stores as we are used to, pioneer women had to come up with a way to get a ‘rise’ from their dough.  Hence, the salt-rising method.

I was taken from my convent (home) at the age of 12 by my mom’s sister who was born in Sugar Grove in the Appalachian Mountains of West Virginia in 1890. Aunt Betty decided I should know my ‘roots’ so to speak, and off we went for a two-months stay with family.

We were met at the train station in Mendota by Betty’s uncle John and his one horse and buggy.   Grownups rode inside the buggy’s cab and kids rode on the rack in the back, facing the direction of where we had just been. In that year, 1947, the only method of travel in that small town was by train and horse and buggy.

Every few miles a home was designated as the official ‘Post Office’ for that area.  I have a one-cent postcard addressed to my grandmother Flora Zell Alley, Ravens Nest, Mendota, Virginia 1903.

During these last six months of isolation, I have begun baking bread from my family recipes. Many of them using a ‘handful’ of this, a squeeze of a lemon, or a pinch of one or another ingredient. The fruit is often referred to as a ‘handful of.’

If you have a child who loves helping in the kitchen, the Sourdough Starter and Rustic Sourdough bread recipes I have included here is a wonderful way for them to help and learn about the bacteria which surrounds us each day. Take lots of photos…both mother/father and daughter will be so glad they did, one day in the years ahead.

Mix together with a fork in a one-quart Mason jar. Cover with lid or plastic wrap.

Using the same jar mix together with a fork, cover and sit on the counter for 12-14 hours.

The starter should begin showing bubbles on its surface.

For the next 4-7 days repeat Step Two always discarding the rest of the starter.

By Day 6 or 7 starter should have risen in jar to about 2 cups full and should be very active and ready to use.

Uncover and using dampened hands, stretch dough by pulling up dough out of bowl about 6-8 inches high. Rotate bowl and repeat four times until dough has all been stretched. Repeat every hour for two hours. Cover and refrigerate overnight.

Set a six-quart iron pot with lid in oven and preheat to 475 deg.

Sift dough lightly with flour and score top of dough ½ in. deep

Take pot from oven and using parchment paper ends, lift dough and drop into iron pot. Cover and place in oven. Turn oven temp. down to 450 degrees. And bake 45 min. Remove from oven and uncover. Absolutely easy, fun and delicious.

Store starter in refrigerator. Feed once every time you use or every two weeks in