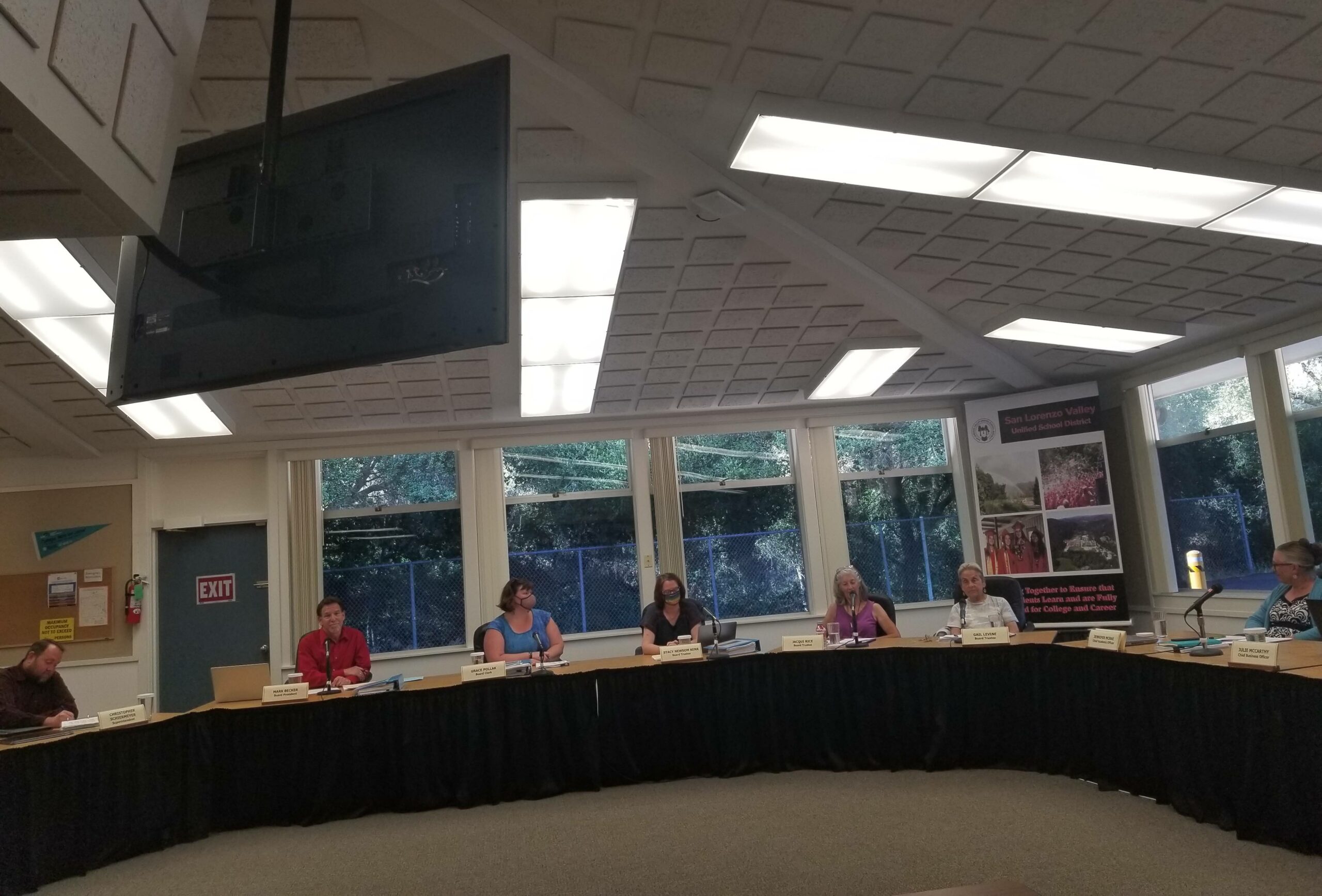 Over the past year, the financial world has been playing the big guessing game of what will happen to interest rates as authorities seek to calm inflation without causing too much pain. School officials had been zoned-in for just such an exercise here in the San Lorenzo Valley.

That’s because, over the past few weeks, the San Lorenzo Valley Unified School District was preparing to access the second $25-million installment of Measure S money, part of an overall $75 million bond approved by voters in 2020.

“Similar to purchasing a home, we want the best interest rate for our community,” Superintendent Chris Schiermeyer said. “The lower the rate, the more savings we have on the repayment of the bond.”

The money is needed to continue an ambitious modernization plan, which includes an estimated $8.2 million worth of middle school upgrades, $13.2 million in solar power, air conditioning system improvements, and proposed five-classroom pre-kindergarten buildings for both Boulder Creek and San Lorenzo Valley elementary schools.

Administrators watched nervously as bond rates climbed from 4.5% to 4.7% in the week before they accessed the General Obligation Bonds.

But as the deal date approached, conditions became slightly more favorable, Schiermeyer told the board during its regularly-scheduled meeting on June 8.

“The stock market kind of settled,” he said, describing the dip to 4.2%. “We just hit it at the right spot and got our next $25 million.”

When the deal was inked, the rate had dropped another sixteenth of a percent.

“Getting an aggregate rate of 4.04% is outstanding,” he said. “We are going out to bid for the middle school renovations.”

On April 27, the district broke ground on two trades education buildings focused on hands-on agricultural and computer classes, which is anticipated to pull $5.3 million from Measure S funds.

Measure S required a 55% supermajority to succeed. It passed with 55.12% of area residents in favor and levied an average tax rate of $60 per $100,000 assessed property value for bond repayment.

The Series B bond sale officially went through June 9, as students across the district celebrate the completion of another wonky pandemic school year.

In the most recent newsletter to local families, Schiermeyer congratulated seniors on making it to the finish line.

“For many of you and your families, the day brings so much joy, as well as tears as you celebrate and recall the path that brought you to graduation,” he wrote. “Remember all of the experiences, both positive and those that may have challenged you, for those memories have shaped you into who you are today.”

He added that these graduates are the cohort “to move us all forward.”

“Chase the dreams you have in your heart, the passion you have for the career you wish to achieve, and the relationships you desire to develop on the way,” he said. “Society will try to shape you into a certain mold, but break free from any status quo—you are meant for great things.”